First of all, Mike Strip exceeds the highest quality of entertainment, providing a fresh perspective to a constantly changing music scene. Mike Strip was one of the pioneers of video DJing, and to this day still houses a well envied collection of music videos. Mike Strip works regularly as a Los Angeles DJ and audio expert. Furthermore he is an established songwriter whose tracks have been featured on television. Such shows include, “Spring Break Shark Attack” (ABC), “Canal Street Brothel” (CBS), and “For One Night” (Lifetime). His most recent placement was on “The Starter Wife,” USA Network’s highest rated miniseries to date as well as the hit series “Smallville.” The song “My Brother in Law”, which was picked up by Song Gram Records, can be currently downloaded on iTunes.

Other remixes include the hit single “All The Above” by Maino featuring T. Pain (Atlantic Records). Shortly after this he recorded his sophomore full length album titled “Introducing Mike Strip”. This collection of songs took Mike over 4 years in the making to create. After getting signed to Pearlicka records, his most recent release was featured on Beatport. com and was titled “Intentions EP”. This interesting album featured sound clips from many of his previous relationships. 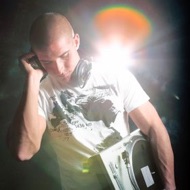 He has performed at various events, corporate parties, nightclubs and hotspots in Southern California as well as private parties for celebrities. Some of his events include spinning with many famous vegas DJ’s. Mike Strip‘s created his first album with Grammy Award winning songwriter Tommy Marolda. He has also collaborated with Emmy winning composer Jim Latham. Other prolific writers Mike has written with include Jason Pittman and Wayne Boon. Mike Strip recently worked with Frank Stallone on the soundtrack to the “Expendables 2.”

Mike Strip began producing electronic music at a very young age. His father bought him an electronic keyboard and drum machine almost before his 13th birthday. Mike Strip’s obsession with audio engineering, mastering and music production has landed him placement in various television networks. Not only that, his music has also aired internationally. His passion for audio even resonates into the scientific realm.  In 2015 he published an article on “Frequency Theory” in a scientific journal. Mike Strip continues to pioneer electronic music. In conclusion Mike Strip has taken live remixing to the next level with use of video projectors, synthesizers, percussion sequencers, and more. As a result, he has created a jaw dropping experience that will take your breathe away. Mike Strip provides a full-service DJ experience including lasers, intelligent lighting, projections, high quality sound and more.

For a PDF of Mike Strip’s Press Kit click here.