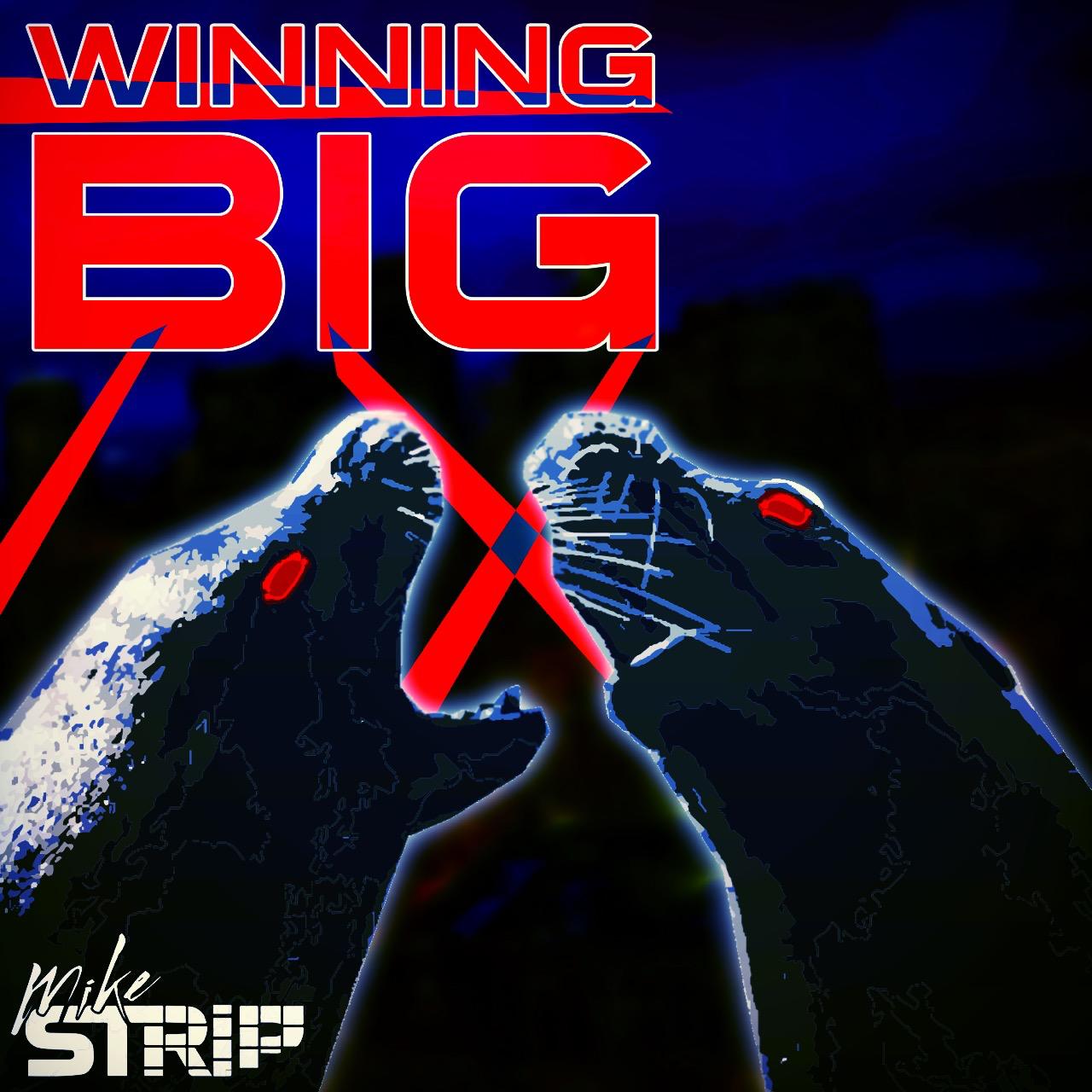 Inspired by his LSD driven high school hero, Mike decided to come up with the title “Winning Big.”

As it all started as a random outburst in an “accounting” course many years ago, it evolved into the recording of marine mammals and eventually led to the integration of those noises into a track. To clear up the mix up, when Mike was in high school, (South Pasadena High School to be exact) one of his teachers accused him of cheating…

Mike stood up in front of the whole class and said “I’m not a cheater, cheaters never prosper…”
The teacher replied “well it looks like you were cheating!” Mike then replied, “You know what? When you’re on the goal line and theres no time left and all odds are against you…you can’t give up! You know what I’m going for the gold, I’m going for six!!! I wanna win, I wanna WIN BIG!!!” Shortly after, the teacher perceived the words “WIN BIG” as trigger words and he drastically fell into a self induced ACID TRIP, falling backwards into the chalkboard mumbling to himself. Throughout the day he began making motorcycle noises over and over again as he could not leave the prison of his own mind.

In addition to this experience, many years later he began to develop a strong connection with animals. In San Pedro, (the city Madonna sang about) Mike visited the Marine Mammal Sanctuary. This facility rehabs many types of animals that eventually are released into the wild. This experience was so beautiful including the sounds that Mike heard that day. Most importantly, the sound of this particular “Sea Lion.” It was very vocal and reminded him of many people he has met in his career as a Professional DJ. The song includes many pieces of wisdom sewn in to the intricate bass lines.